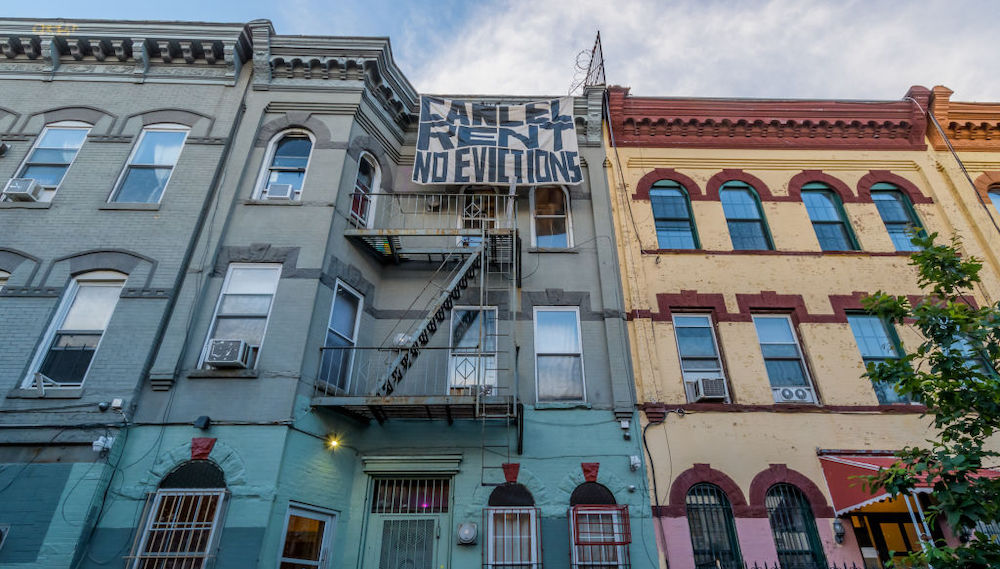 New York City apartment tenants are more than $1 billion in debt from missed rent payments during the coronavirus pandemic, according to a new survey measuring the depth of the rent crisis brought on by Covid-19.

The debt figure is the most recent indicator that unemployment benefits and federal stimulus packages have so far been inadequate to alleviate the growing financial burden of missed rent payments across thousands of city households. Both landlord and tenant advocacy groups have lobbied heavily for more government rental assistance during the pandemic.

The survey, conducted by the Community Housing Improvement Program, a landlord trade group, focused on New York buildings subject to the city’s rent-regulation laws. These apartments account for about half of the city’s total rental apartments. Tallying responses from landlords, the group estimated that as many as 185,000 households living in these apartments are more than two months behind on rent, with an average debt of more than $6,000.

“It’s not an insurmountable amount,” Mr. Martin said. “The numbers tell us that, probably, if we could get an additional billion or two dollars in the city, we could probably pay off every single renter’s arrears in the entire city of New York over the last year of the crisis.”

The Covid-19 relief package passed by Congress in December included $1.3 billion in pandemic rental assistance for New York state. It is still unclear how much of that will be made available for New York City, however, or how difficult it will be for tenants to meet eligibility requirements for the funds. State and city housing agencies are expected to roll out their distribution plans for the assistance in the coming weeks.

Housing advocates worry that if eligibility guidelines are too strict, much of the money will sit unused as tenant debts grow deeper. Nationally, about $300 million in federal rental assistance from the spring was still unspent as of December. And in New York, only $40 million of the state’s $100 million in pledged rental assistance had been spent as of the same month, leading Gov. Andrew Cuomo, a Democrat, to sign an executive order expanding eligibility.

“It was structured in such a narrow way that it was hard for people to apply and so many were deemed ineligible” said Rachel Fee, executive director of the New York Housing Congress, an affordable-housing group focused on budget issues. “How the state and city target the [new] program is going to be really important.”

During the pandemic, most New York renters behind on payments have been saved from evictions by a combination of federal and state laws. In December, Mr. Cuomo extended New York’s eviction moratorium until May 2021. Some landlords, meanwhile, have fallen behind on their mortgages and other obligations, as rent collections reduce to a trickle and replacing nonpaying tenants with ones that can pay isn’t an option.

Asking rents for New York apartments have decreased in many neighborhoods during the pandemic, yet rents are still high by national standards. In New York City, the median one-bedroom-apartment rental price is $2,350, according to listings website Zumper.

Once eviction protections do expire, it could mean a surge in new evictions and other litigation, if rent debts persist.

“The court is not a perfect system but it is the only system we have to adjudicate any relief for tenants [and] any relief for property owners,” CHIP’s Mr. Martin said.

Did you know that heating water accounts for 12 percent of a family’s electricity bill each month? While turning off your water isn’t always possible, it’s easy to save with these simple tips.

water heater timer, which is like a programmable thermostat for your water heater. A better option, however, is turning down the heat!

Turn Down the Heat

You never use your water on full-blast hot anyway (140ºF!), so it’s worth it to lower how hot you keep your water heater. You can save up to $125 per year by simply lowering the thermostat on your hot water heater from 140º to 120º F—and you probably won’t even notice the difference.

Buy Your Water Heater a Jacket

A water heater insulation jacket (also called a blanket) costs $15–$35, but it can cut the cost to heat your water dramatically. By insulating your water heater, you’ll cut down on the amount of energy it needs to use to heat standing water in half, also cutting down on the amount you need to pay. To find out if you need a water heater jacket, touch the side of it. If it’s warm, it’s leaking energy. You may also want to insulate your hot water pipes.

Drain Your Water Heater to Save

Make sure to drain your water heater once a year to get rid of sediment. Left too long, this grit can build up until you’re using energy to heat sludge. Flush it out to use less energy and save.

Cut down on the amount of hot water you use by washing your clothes in cold water with a cold rinse. Due to advances in detergents and washing machines, the only time you really need to use warm or hot water is when you need to get a really bad stain, like red wine or oil, out of an article. Not only will you help the environment, you’ll save money on heating the water, too.

Bruce Lubin and Jeanne Bossolina-Lubin are the proud parents of three boys and more than a dozen books. After saving thousands per year using everyday tips and simple lifehacks, they started their own business in the hopes of sharing their knowledge with others. They have been known to go into their friends’ refrigerators to turn their eggs upside down so that they last longer.